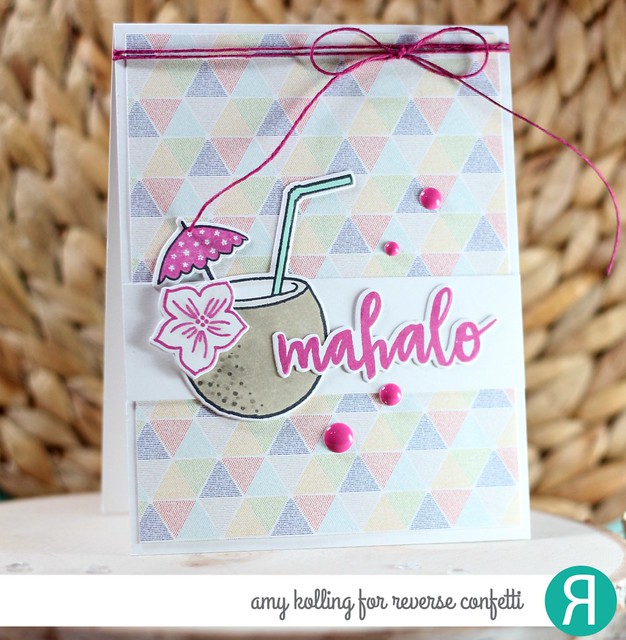 Hello and welcome to Day 3 of the Reverse Confetti July Release!
Reverse Confetti is releasing .....7 new stamp sets and 11 Confetti Cuts this month as well as the Under the Umbrella paper pad, new white cardstock, and SIXTEEN (16) new beautiful colors of INK?  This month's release is STELLAR!!    Make sure to check out the Reverse Confetti blog for a list full of inspiration and information on all the new goodies!!

My first card shows off more of the paper from Under the Umbrella along with the new stamp set called Mahalo.  That rich pink color on the umbrella, sentiment, and flower is just one of the new 16 colors of ink called Magenta.  I was so tickled to find "magenta" colored twine in my stash to match along with enamel dots!  ☺ 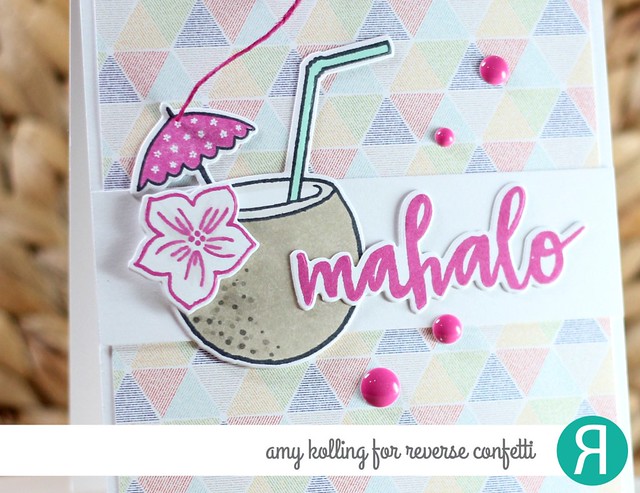 My second card shows off yet more of the amazing patterns of paper in Under the Umbrella paper pad.  The strawberries are from the new set called Berry Sweet.  They were layered over one of the new Confetti Cuts called Thanks Square but I've trimmed the word "thanks" out to use on a later project!  My sentiment was black heat embossed to really pop off the pattern paper! 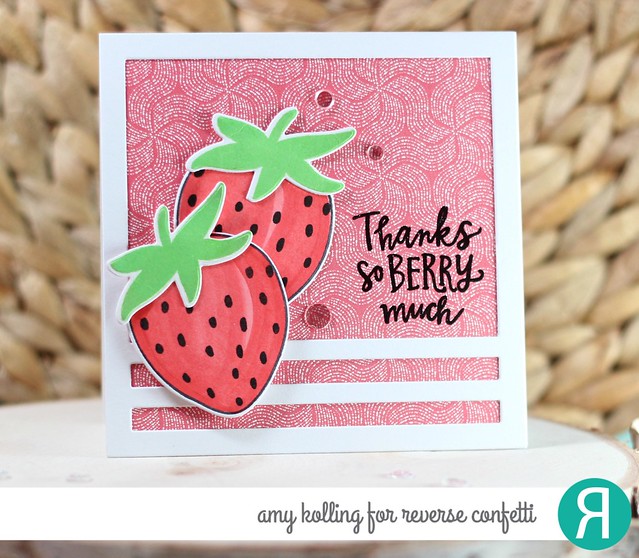 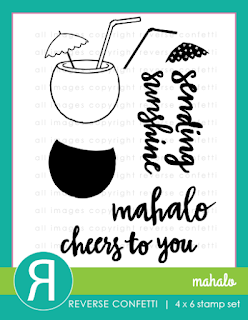 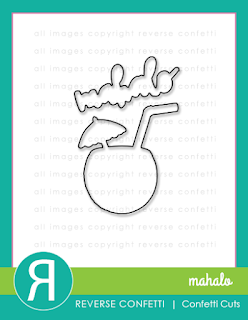 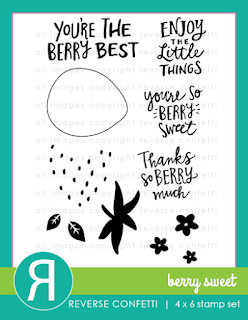 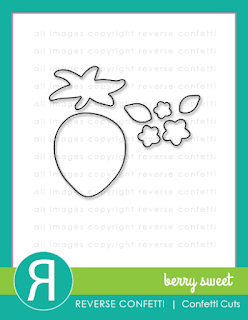 Now for the prizes..........there are TWO $50 prizes up for grabs this release:  1 for blog commenters and 1 for Facebook commenters.  So leave those comments and make sure to check the Reverse Confetti Facebook page too!

Cute cards. Love the berry! Your designs are so sweet. Love all the new products!!

So pretty! Love the colors you used, they are especially gorgeous together! LOVE!

Lov your cards, Amy. The backgrounds are just perfect:)

Lovely, these put me on the summer mood!

Another great release. Love the berries and all the vacation or summer themes. Great colors and patterns.

These are super sweet!

Love what you created!!!