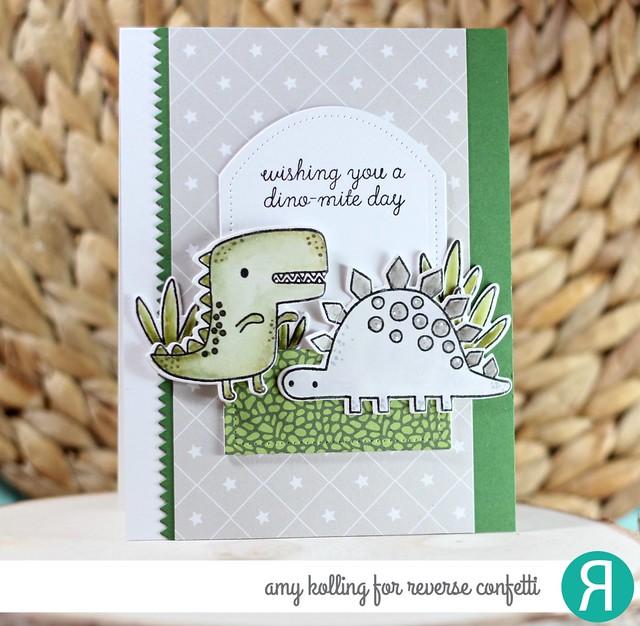 Hello and welcome to Day 2 of the Reverse Confetti July Release!
Reverse Confetti is releasing .....7 new stamp sets and 11 Confetti Cuts this month as well as the Under the Umbrella paper pad, new white cardstock, and SIXTEEN (16) new beautiful colors of INK?  This month's release is STELLAR!!    Make sure to check out the Reverse Confetti blog for a list full of inspiration and information on all the new goodies!!

Today I am sharing the newest stamp sets from illustrator, Dawn Machell.  Every release brings us the cutest stamps!  This release we have dinosaurs, princess, dragons, and castles!

The first set is called No Tomorrow along with coordinating No Tomorrow Confetti Cuts.  The dinosaur images were watercolored with Zig Clean Color Real Brush Markers.  To create my scene, I've used the new Pierced Round Top Layers Confetti Cuts and added a piece of pattern paper from Under the Umbrella.  My scene was adhered to an Avocado cardstock panel that was layered with pattern paper from Pattern Play.  The left edge was die cut with the zig zag die from Edge Essentials Confetti Cuts. 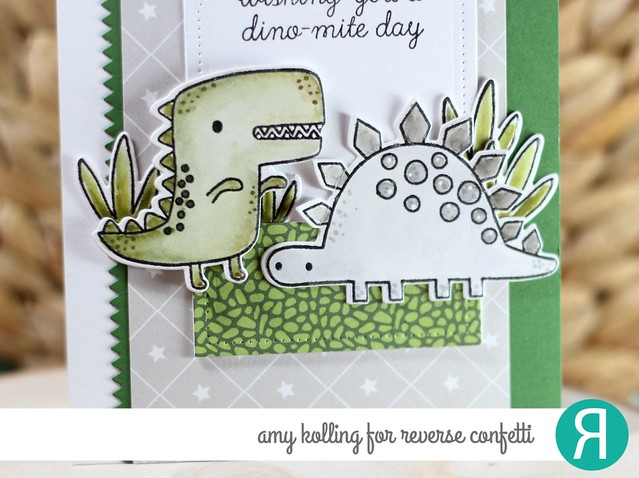 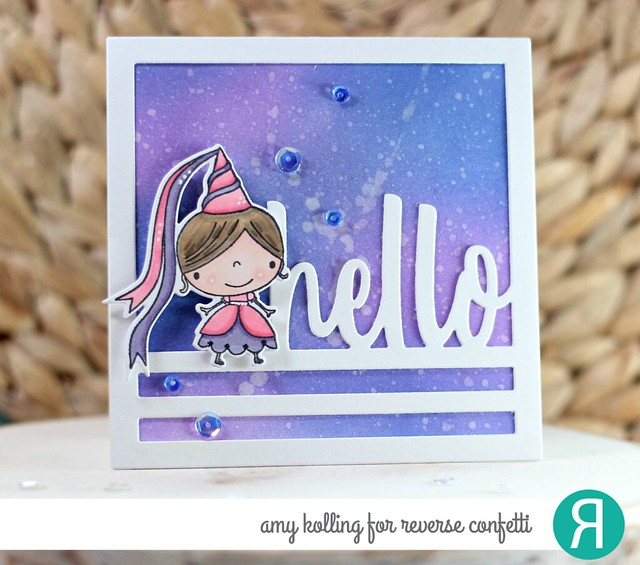 The second set today is called Magical Day and Magical Day Confetti Cuts.  I started by creating the background with Blueprint Sketch and Wilted Violet Distress Inks and a spritz of shimmer spray.  The princess was colored with Copics and added to the new Hello Square Confetti Cuts.  To finish, I added some Winter Sparkle Sequins from Pretty Pink Posh. 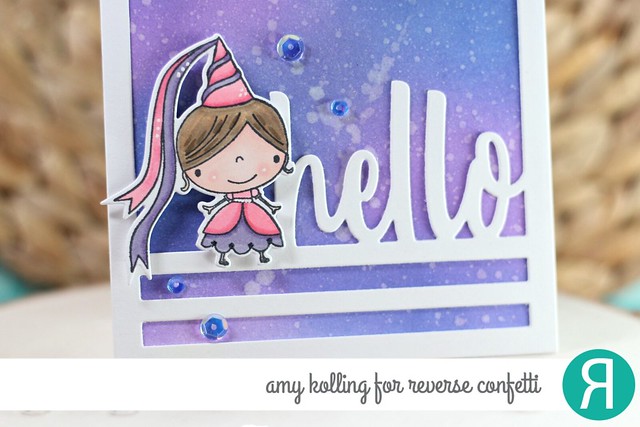 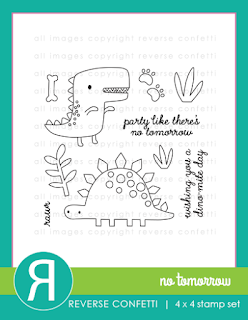 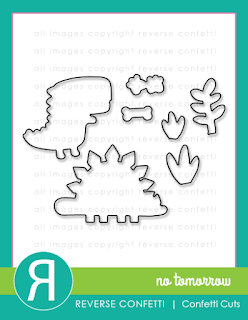 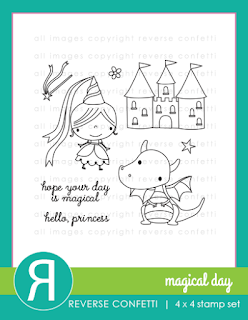 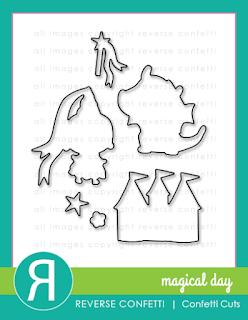 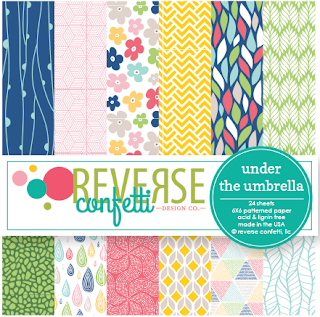 Now for the prizes..........there are TWO $50 prizes up for grabs this release:  1 for blog commenters and 1 for Facebook commenters.  So leave those comments and make sure to check the Reverse Confetti Facebook page too!

Love the new confetti cuts! Your cards are gorgeous!

Love them both...swoon on the green + gray combo!

Your cards are great!!

Oh, wow, Amy, great cards! The Princess is perfect with the Hello square. Love the Edge that looks like Dino teeth on the second, so beautifully colored.

Adorable cards. I am loving the new release.

love the use of the square cuts!

Great cards both of them

your "hello" card is simply adorable and beautiful! love it!

Both your cards are just amazing. The background on the princess card is just gorgeous!

What gorgeous samples! LOVE that dino card (two of my grandchildren are really enthralled with dinosaurs right now)!

These are so precious! I can see the "hello" one being a party invitation. :-)

Love your dinosaurs!! Too cute for words...and love your choice of colors

Love the dinosaurs.
The dimension to their bodies
is great.
thanks for sharing.

Your cards are so adorable!! love the new thanks and hello plates.

Both of your cards are adorable! I am loving this release.

Great cards. The Princess Hello is my favorite!

Your cards are so cute! I love the new squares for cards - must get them!

Oh boy, these are so so fun!

Adore how you've used the dinosaurs!

Another great release and great ideas. Super cute critters and characters. And I love the dino's and purple princess. LOVE IT!

Great colors on both of these cute cards.

You cards are so cute! Really love your creations!

Such adorable cards. Love your choice of papers on the dino card.

Adorable cards! Totally in love with the new dinosaur set!

Oh my, this is the Cutest! What an amazing release!

Totally cute and the colors are beautiful!

The dinosaurs are so cute!

The dinosaurs are so cute!

Sweet cards Amy. Cannot wait to get my new things.

Absolutely adorable cards. That hello square is such an awesome product.

I love both of your cards! I especially love your use of patterned paper on your "no Tomorrow" card! It really adds a lot to the design!