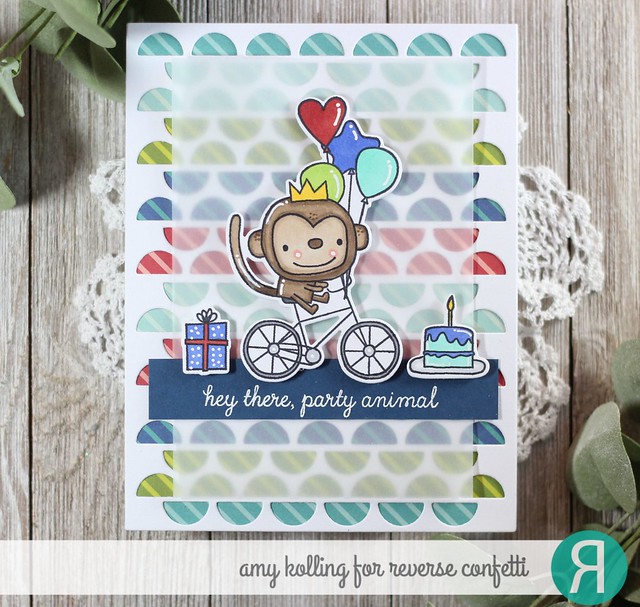 It's time to PARTY!
This is such a special release.......it's Reverse Confetti's 6th BIRTHDAY!  We welcome 5 new stamp sets, 10 new Confetti Cuts, and the Sweet Stripes 6x6 Paper Pad!

Make sure to check out the Reverse Confetti blog for a list full of inspiration and information on all the new goodies!! 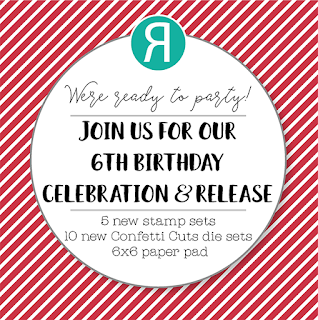 Starting off this release are some adorable Party Animals.  The only problem with this set is choosing which animal to use!!!

Starting the card out is the background.  Strips of paper from the Sweet Stripes paper pad were adhered to the back of a die cut panel using Split Circles Cover Panel.  To tone down the busy background, a piece of trimmed vellum was added.  To ground my images, a strip of coordinating cardstock was white heat embossed with the sentiment and adhered a top the vellum.  The cute monkey on a bike, cake, and present images were Copic colored, die cut, and added to the card with foam adhesive. 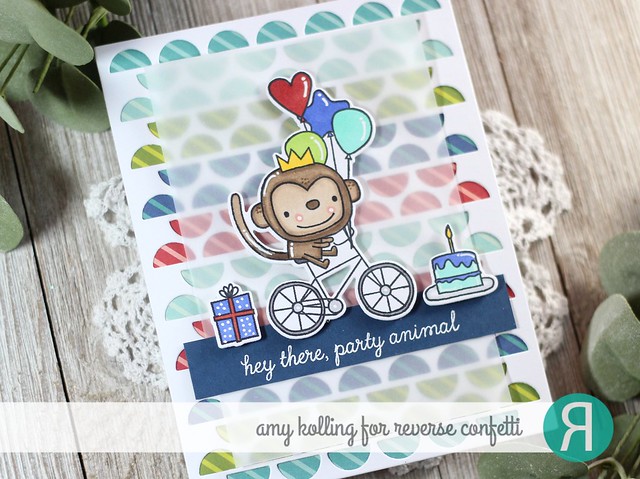 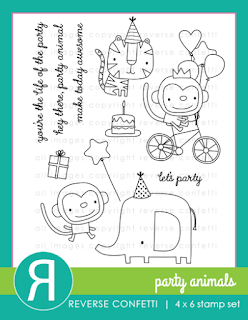 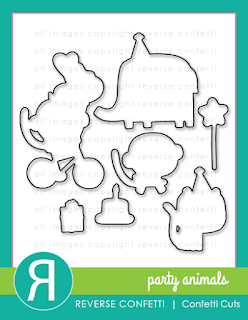 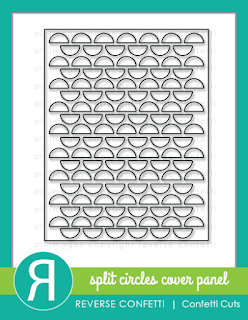 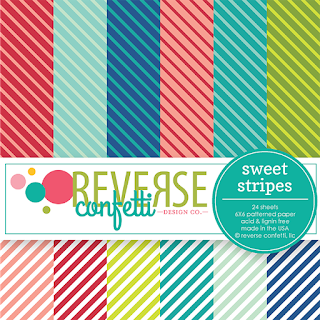 Now for the prizes..........there are TWO $25 prizes up for grabs this release:  1 for blog commenters and 1 for Facebook commenters.  So leave those comments and make sure to check the Reverse Confetti Facebook page too!

Amy, your card is super cute. I love the vellum over the bright background and the Party Animals set is adorable.

Your card is absolutely adorable! I am in love with the split circle die! It makes the card so interesting! I love how you used the vellum overtop! Great job!

This is such a cute card!

I'm new to Reverse Confetti and I'm loving everything! I'm so new this is my first official release. My wish list is long and growing. I'm loving my new found friend!

Love the big die cut background.
the mix of colors is a fun idea.
Darling card. thanks for sharing
txmlhl(at)yahoo(dot)com

Just perfect! I love the vellum over the bright striped background/

Love that cute little monkey and the colors of your new paper packs are great colors for the summer!

This monkey is DARLING! I love the way you colored him and the background!!!

His little pink cheeks are so cute. I love your happy little monkey.

The new papers are wonderful, and your card is just adorable!

Lovely palette on this sweet card. Thanks for sharing your creativity.

Great background for this cute monkey.